After my extensive study on ›Consuming Whiteness‹, I have planned a new project. Here is an excerpt from the project outline:

Exception or Exemption?
The Broome Pearling Industry and the ›White Australia‹ Policy

In 1899, a journalist investigated the north-western pearling industry. The three-part report published in the Melbourne ›Age‹ described Broome as a scenery that »would utterly puzzle the cleverest ethnologist« due to it »mixing of nationalities and hybrids«, which would continue »until Mongrelia is literally the name which should be applied to the region«.1 The reporter concluded his observations of the pearling industry – whose treatment of the Indigenous Australians he described as »a blot upon Australia«2 – with an emphatic demand for a ›whitening‹ of an industry that he considered »a menace to the future welfare of the continent« and »suicidal« with regard to »national progress«.3 This view of the situation corresponded with the long-term opposition of the Labor Party. From the first debates about an amendment to the Immigration Restriction Bill exempting the pearling industry, members of the Labor Party emphasized not only the socio-economic effects of a continued introduction of ›coloured labour‹ – the substratification of the society with a class of workers undercutting the wages of the ›white‹ workers; they, too, argued »on ground of racial contamination« and racial hygiene.4 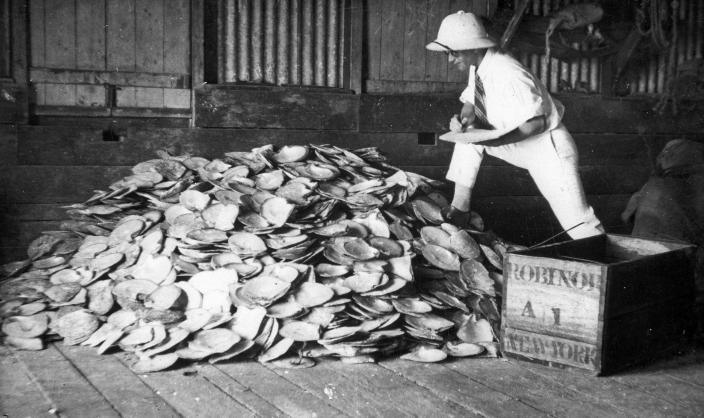 »The white man came to the black north-west...«

Fears of a take-over by the Japanese, who numerically dominated the pearling industry by the mid-1890s, blended with the general, nation-wide antagonism towards the ›yellow peril‹ and wide-spread concerns about an ostensibly imminent invasion by ›Asian hordes‹.5 On their way to Federation, the Australian colonies drove a hard bargain concerning questions of immigration and ›alien labour‹. Not least the nation-building was based on a constitution that had as a main focus the maintenance of a racially homogenous – i.e. ›white‹ – society.6 After all, the ›white Australia policy‹ did not only rigidly restrict the immigration of undesired population groups but also laid the foundation for a holistic sociodemographic transformation in Queensland. In the case of the sugar industry, the accession to the Federation meant the deportation of the traditional labour force, the South Sea Islanders, in favour of making it a »white man’s industry«.7

Against this backdrop, and the broader atmosphere of the time, it seemed certain that the pearling industry should have had little chance to assert itself against the demands to replace the Japanese, Malayans and other non-white workers, including the diminishing number of Indigenous Australians, with British and other European workers. 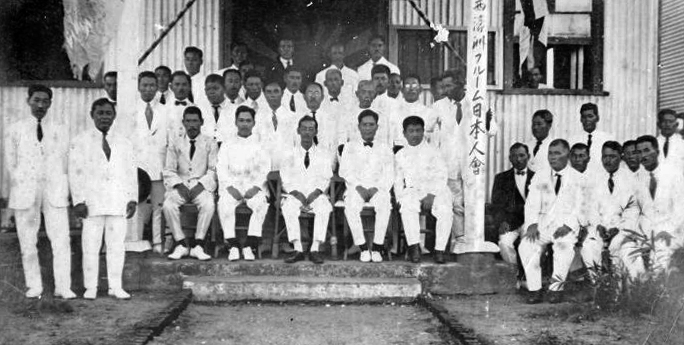 This project picks up on the definitional area of tension created by the Broome industry as ›exception‹ or ›exemption‹ and investigates not only into processes within the pearling industry but also situates it into a broader societal and cultural context within an Australian but also global frame.

As two extremes, ›exception‹ considers the pearling industry as a special provision for a situation in which, in the face of the pearl-shells’ value and white unfitness, the prevailing racism receded behind the economic significance of the pearling industry; ›exemption‹ would mean a special position, an exceptional situation in which racism was subdued and a chance of multicultural coexistence seemed feasible. The former leaves open the question of the pearlers’ legitimation of their special status in the light of the nation-wide anti-Asian reasoning and the strong opposition against the introduction of non-European labour. Whereas the latter permits the examination of Broome’s social scenery in terms of a ›positive utopia‹ – inspired by the Black Atlantic studies – which focusses on intra- and international mediation and processes of transnational cohabitation in a rather isolated part of the Australian continent. In any case, the tension between ›exception‹ and ›exemption‹ mirrors the political and societal distortions in the history of the pearling industry and the long-term negotiations about manner and methods of its perpetuation in the context of ›white Australia‹.